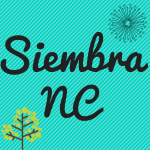 Sheriff Terry Johnson has applied to rejoin the federal 287g program, less than six years after his department was kicked out for racial profiling. An investigation found that Latinx people were six times more likely to get pulled over than other drivers, and that Sheriff Johnson told subordinates, “Go get me some taco-eaters!” At least 1,622 people were deported under 287g from 2007 to 2011 – in a county that had less than 17,000 Latinx residents during that time. That means 10% of the population was deported under 287g. The Alamance County Attorney recently announced that the County Commission will be allowed to vote on whether the sheriff’s department should re-enter the 287g program allowing sheriff’s deputies to act as ICE agents. Hundreds of county residents have already signed petitions, spoken out and protested – and now business owners, teachers and other residents are making their voices heard as well. On June 13, we joined Alamance residents to stand together to say: Not in our county!

From April 12 to 20, 2018, Immigration and Customs Enforcement (ICE) attacked our community in Western North Carolina resulting in 20+ family separations and kidnapping of our community members, mostly in Henderson County. Current Henderson County Sheriff McDonald has consistently proven to be on the side of injustice by collaborating with ICE and re-signing 287g for years. He has called our people criminals, rapists and has used language that the Trump administration uses to criminalize black and brown immigrants. However, McDonald lost the most recent election and will be out of office by the end of the year! So on June 15th, we went to North Carolina to hear how the community is fighting back and to bid sheriff McDonald farewell and demand that ICE leaves our county.

Aquí estamos en Alamance County, Carolina del Norte saying #ChingaLaMigra #ResistIce. The fight is against a racist Sheriff, who is known to tell his Sheriffs, "Go get me some Taco Eaters" and is now trying to use his resources to deport people. This is our second stop in this national tour. Find out more at chingalamigratour.com/